Knot within the grain.
I often contemplate what causes someone to change their path, what is that magic element that triggers the cognitive light in one’s mind to illuminate? It is what I often refer to as the Ah ha moment. For some, an epiphany is often caused by traumatic experience; for others, like me, it is a gradual life learning experience. My own path has led my conviction as an adult to give others multiple chances, not willing to believe that we are ever truly damaged. Just like the items I find and restore, I trust that people can be mended. Growing up as a reckless youth with a wild soul, I had to reach a point that I ceased to worry about disappointing people. I can recall exactly at which stage I felt as if there was no one left in my life to let down. I was a senior in high school, and I had already bounced around from California to New Mexico several times over, often staying with multiple family members and even a few friends. I had barely graduated high school and a good chunk of my family and friends had by this time been incarcerated. I myself had grown tired of that lifestyle and joined the Marine Corps which oddly enough would be my saving grace. Now as an educator, I regularly witness this same condition take place with many of my students throughout the years and I know what it is like to feel like a lost cause with little self-worth. Now I still contemplate what tools are needed to support my students through their turbulent times. In the end, we each have our own path, our own knots in that seemingly perfect piece of wood and it is those deep knots that help to make us stronger.

My friend Caleb’s story is a lesson in disappointment and defying the odds. Caleb is one of those guys that has not forgotten where he has come from and the second chance he was given. Today he is extremely driven and continuously has a project to work on. It is easy to relate and understand Caleb’s train of thought, in that we both have an appreciation for what others disregard. We both enjoy taking what someone else sees as old or worn and turning it into something beautiful. He frequently works with furniture, motorcycles, and just about anything else that has been tossed aside. I can see within his work that there’s a sense of pride. Therefore, when I asked him to share his story he was happy to oblige. At first glance one would not guess that Caleb has done time. He is in his early 30’s and looks more like a guy you would see in an ad for North Face camping gear. He has an infectious laugh and a driven personality again making his story all the more interesting. 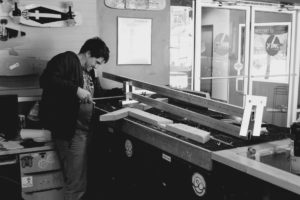 His appreciation for vintage materials combined with a strong work ethic started at a young age with his father. As a child his family owned a mobile home on a piece of property in the East Mountains near Albuquerque, New Mexico. Caleb never thought of his mobile home as a “Kid Rock” dwelling but more of a palace. As a child he saw his home as a house with four bedrooms, three bathrooms, a full kitchen, living room, and even a play area. It wasn’t until his father had decided to tear down a wall, that he would come to find that his childhood home was actually a mobile home that had been modified. Caleb remained home schooled as a youth to which most of his work ethics and education would derive from. He started working with his hands at a young age and was often mentored by his father. As soon as he was old enough to hold a hammer, he was learning math and fractions with a tape measure, geometry with a chalk line, and history from his father’s lectures. When Caleb was twelve, his dad purchased a small plot of land, close to four acres in the Manzano Mountains, and his early education would be put to the test as he and his father built a cabin from the ground up. They worked on their cabin tirelessly every weekend until every square foot had their trademark of approval. He recalls those days as some of his finest, as he was a sponge soaking up as much knowledge as possible. 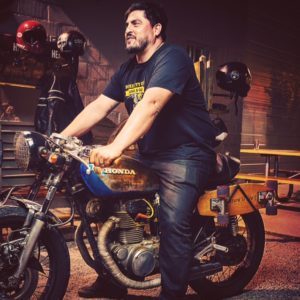 The “knot” in Caleb’s grain would soon approach as he yearned to have a rather typical childhood and attend public school. He transferred to Manzano High, from which he would receive a different education, primarily in skateboarding and partying. At the age of nineteen, fresh out of high school he moved from his parents to share a small house with friends next to the university. Just as quickly though, he caught his first DWI and moved back home with his parents. For the next two years he had not touched a drop alcohol and his world was looking bright as he continued skating and working. A few years later, as he turned twenty one, he decided to take a stab at college while working at a furniture store. Unfortunately, he slipped again and revisited his old drinking habits; the difference this time was that he now he had an official license to drink. Eight months after his twenty first birthday, he picked up another DWI while sleeping in the back of his car after a late night of drinking. Once more, he moved back home with his parents in order to save money to pay for a lawyer. Luckily for Caleb, though, his attorney was able to get him into a rehab program called drug court. The program functioned as an alternative for jail. Caleb continued to work on his addiction for a full year and stayed away from any drinking or smoking, and if he were to violate his probation the state could combine both DWI’s into a full sentence. Like a scratched record, though, his tune continued skipping as he violated his probation and was given the full sentence for two DWIs; as a result he spent the next six months in jail. 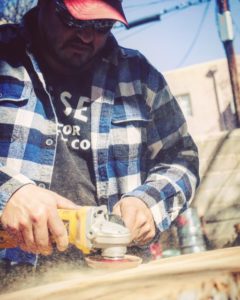 His time spent in corrections was a great eye-opener, in that it was real life and he had finally hit his rock bottom. He was placed in the detox pod – D4, which at the time was referred to as  “Gods pod” and it was ran by a pastor from the Calvary Church. Caleb would become fully invested and would embrace Christianity. By the time he was ready to be released, he was finally prepared to live life to the fullest and sober. Over the last four years he had accomplished nothing aside from for disappointing his loved ones and had nowhere to go but up. With a clean slate he adopted the motto of “live and love life,” which is exactly what he would do.  He picked up a summer job at Calvary Church organizing events for their skate park while managing a furniture warehouse, also making a decent paycheck.  Eventually, he resigned from the furniture business to work at the skate park full time for less money.  Throughout those eight years, he continued skating, traveling, and growing the youth center. One day, by chance, the pastor’s wife asked him to build a kiosk for a nonprofit that she ran. With little money and material, he turned to pallet wood. His design was an instant hit, which in turn sparked the idea for Oso Manufacturing, a design company where he could be a resource for people that wanted custom design products for their home with a rustic style. Every item is handmade, so that it could not only last for his customer’s lifetime but their children’s too.  He likes to envision all of the stories and memories that could be made from one of his builds. He does not want to make just another table that looks cool but has character, or a soul, to it. Caleb would also take a leap of faith and quit his job with the church in order to go back to school full- time and work on his new business. What had started as a kiosk project had now advanced into building full sets of furniture. If one were to walk into his house today, it is clear that the majority of the furniture was built by his own two hands. His designs had started with a kitchen table, coffee bar, bed frame, nightstands, desk, and anything else his wife or friends would ask for. He mainly uses reclaimed materials as much as possible, and there is definitely character and an aesthetic look to what he has made. More importantly, there is a story behind it. Currently with a shoestring budget, Caleb still searches Craigslist or friends yards for inexpensive lumber or metal. He often recalls that his father always tried to reuse material making sure to never waste anything. Caleb’s father continues to be his driving force of inspiration, always willing to lend a hand or a tool if needed. The tools given to Caleb from his father were not just a piece of advice or a pat on the back, but a true example of strong work ethic and character. 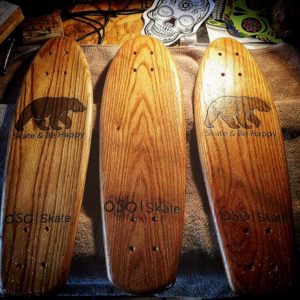 It is evident what we as people both young and old need, and more importantly, what our youth must obtain from us. We must be present for one another, and our words must hold true like our actions, each and every day. At the start of the school year, each one of my student’s walks into my classroom like a seemingly perfect piece of lumber, but deep down there is a knot, a view of imperfection. We cannot focus on that knot and discard that piece of lumber to the side, for it is that knot from which that piece is unique. Like Caleb learned how to work with and restore each piece of lumber, we as people must do the same with ourselves and our loved ones. Caleb discovered through the actions and guidance of his father that he was not broken. We all at some point must embrace our own knots that can make each one of us distinct, for we too are never truly broken.  In the end we all take our own individual journey. The mistakes we make along the way become our lessons in strength; a deep knot and they should never be forgotten… but merely refurbished.